THE PLAYHOUSE HAS BEEN SAVED! Thank you to all that have pledged your financial support – the leases have been signed! Let the work begin!

From an article by Karen B. Ransom

village on April 30, 1947. I sorted through yellowed articles

unfortunately most with the name of the

welcomed the theater with trepidation. They were cautious and determined not to have

such a commercial venue change the character of the village. An editorial claimed: “It may change

our way of living by bringing crowds from the outlying districts.”

ey were comforted by the village’s strong identity, believing their Bedford character could

withstand the onslaught of outsiders. Another editorial closer to the opening said: “We move forward

as we have always done as we must. The Theater is a part of our

The investor and designer of the whole of the building was Pound Ridge resident Joseph H. Stearns,

seen as a man of vision. The building was conservative in nature in order to blend with the

surrounding area. It was one of the first shopping ce

nters with stores for lease on the ground floor

and apartments on the second floor. It was to have an air of “charm and restfulness.”

The design of the interior theater and the technology used was done by Drew and John Eberson.

Their firm had designed thea

ters worldwide, including in Venezuela. It boasted “scientific air

conditioning” which allowed smoking in the balcony. It also had the latest in technology

eyestrain.” The builder was A.R. Baker of Bedford village.

the others while they were seated. The seats were fully sprung and upholstered. The walls were

covered in gold damask. It had a colonial décor. There was a beautiful mural behind what is now the

Congratulatory ads were placed in local papers from the new tenants of the building. Walter

landmark for more than 50 years on Court Road

the southern side of the building.

The restaurant that is now The Meetinghouse

Carousel,” a confectionary and lunch room. Since there was no sign of a contemporary snack bar,

moviegoers were urged to enjoy this casual restaurant both before and after the movie. Best wishes

Estate on The Bedford Green, still home to 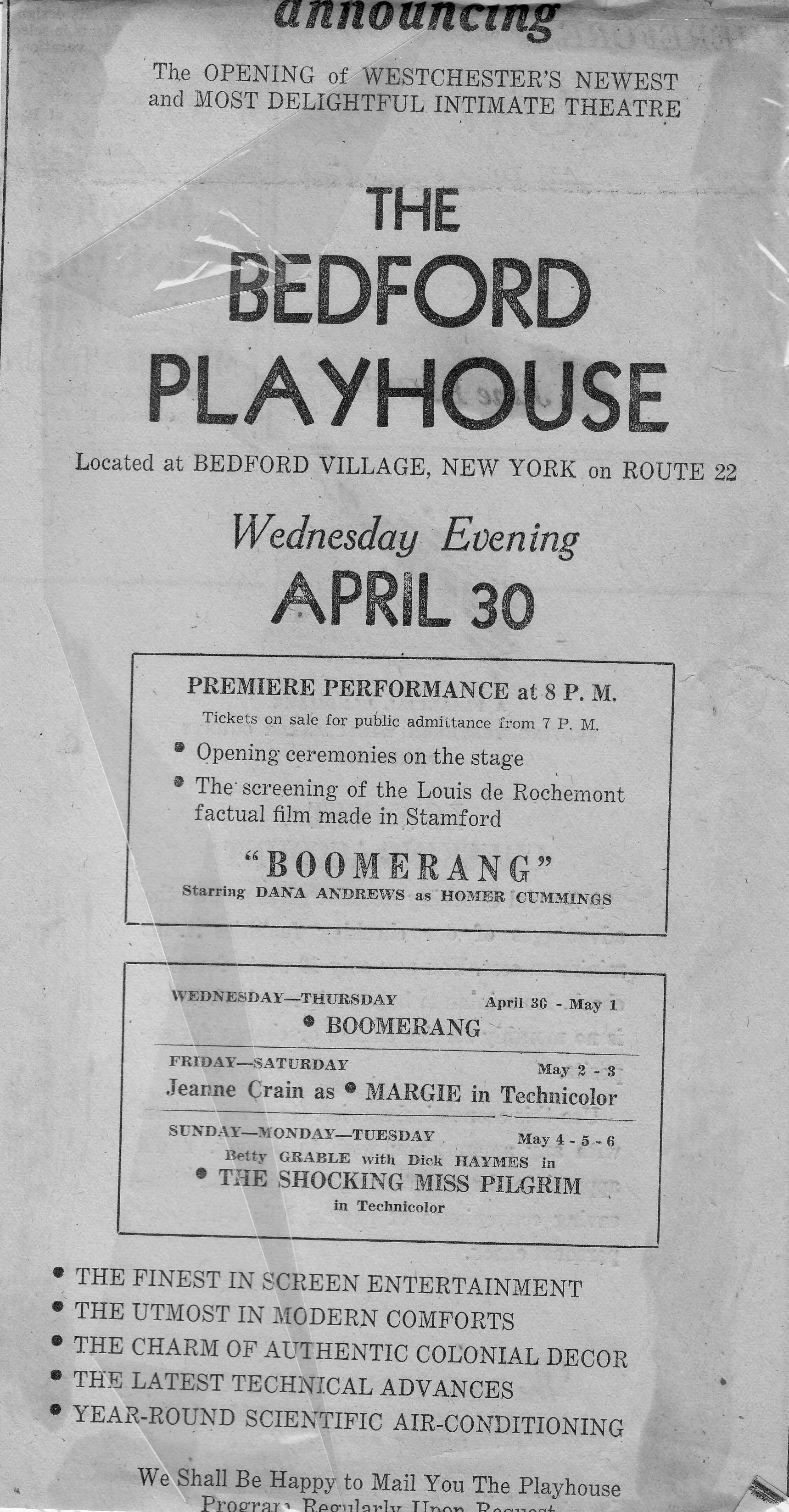